QI: THE VITAL FORCE IN THE BALANCE OF LIFE 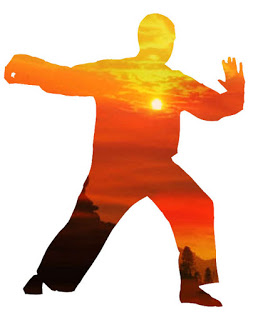 The concept of Qi has a long theoretical and practical history in traditional Chinese culture. Qi (pronounced ‘Chee’) is considered to be the vital energy that circulates around the body (and throughout nature). The concept is a key principle in Chinese traditional medicine where the cultivation and circulation of Qi through appropriate exercise is responsible for maintaining and improving the health of the mind and body.

Conversely, deficiencies or blockages in Qi flow result in imbalances that are the root causes of all sorts of disease and ailments. For many centuries, Chinese medicine has been mainly directed towards the ultimate goal of maintaining Qi balance in the body through certain exercises known as Qigong, acupuncture & acupressure massage and medicine concoctions from natural herbs and roots.

Outside Chinese culture, other traditions have recognised and integrated the idea of vital force – such as ‘Prana’ in Hindu traditions, ‘Lung’ in Tibetan Buddhism and ‘Mana’ in Hawaiian culture amongst others.  The flow of Qi in the body has been extensively mapped  through various channels and meridians along the body. These points and meridians are also the basis of acupuncture and acupressure massage therapy. 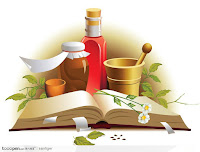 Although alternative medicine has been slowly integrated in the West (even in national health structures), the concept of Qi remains somehow alien and difficult to be integrated with the current models of medical Science. This does not mean that our two hundred year old modern Science has debunked the millennia old notion of Qi, but rather that it cannot be easily accommodated within its structures and logic.

Science is top-down analytic, that is, it explains phenomena according to their underlying measurable and observable chain of cause and effect. Chinese medicine, on the other hand is bottom-up and holistic, meaning that it explains observable phenomena according to imperceptible higher-order principles governing nature such as Qi.  Despite the differences between modern Science and ancient medicine,  I am a strong believer that Scientific knowledge is still young, provisional and always expanding its horizons. It is quite possible for western medicine to also integrate the idea of Qi in its theory.

For instance studies have very clearly shown the indisputable benefits of Qigong and Tai Qi exercises, acupuncture and acupressure yet Scientific methodology cannot translate the idea of Qi because it is immeasurable (for now perhaps). 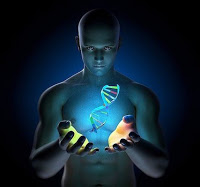 The Healing Power of Qi

So what does Qi do? or else, what are the benefits of maintaining good Qi in the body?
The main practice of maintaining and cultivating Qi is the ancient practice of Qigong and/or Tai Qi. Wake up early in any city in China and have a stroll in the parks. You will see large groups of people from young to ninety year olds practising Qi Gong or Tai Qi in unison or individually. According to millions of practitioners of Qigong or Tai Qi, the benefits are all encompassing – from a relaxed and focused mind to organ health, immunity to diseases, good blood circulation, healthy digestion and joint strength amongst others.

For example a large-scale study carried out by the University of North Carolina found that Qi Gong practice is highly effective in easing pain and reducing stiffness in Arthritis patients. Another study published in the journal of American Geriatrics Society (April 2007), shows how regular Qi Gong practice enhances white blood cell production, revitalises the bone marrow and increases the number of T-cells in the Thymus gland thus boosting the immune system. There is a large number of other studies which continue to corroborate the benefits of Qi Gong in relation to health.

The practice of Qi Gong has been developed and refined over centuries by physicians who discovered that certain movements or exercises increase Qi circulation around the body and the internal organs. Some of these movements have been mirrored on movements in nature, primarily certain animals. This is very much in line with the Daoist philosophy which holds following nature’s cycles and rhythms as one of its core principles.

Start Moving with the Energy

I also practice Qigong exercises for 10 minutes everyday as part of my morning rituals. I feel it invigorates me, uplifts my mood and gives me the right balance of mind to start the day.  Some people are put off from trying because they think that Qi Gong is something esoteric and complicated but in reality Qi Gong exercises are quite simple movements that can be immediately picked up from day one and practiced for a few minutes every day.

There are many resources available for learning Qi Gong online. I found the exercises by Qi Gong Master Lee Holden particularly helpful and simple to integrate in my morning routine. I have been practising these simple exercises every morning and throughout the day for some time now and I feel it has greatly improved my overall health and wellbeing (Incidentally I never got sick since started practising). Holden’s training program is extremely accessible to everyone. It doesn’t require time or effort to learn – you just learn the first easy movements and you’re off.

You can of course also attend some local classes if these are available in your area or if Qi Gong is not available perhaps even learn some forms of Tai Qi (Tai Chi) which is also another Chinese practice aimed at improving the Qi flow in the body…but whatever your disposition is, it is highly recommended to spend some time trying it out.


This article was used with permission from the author, Gilbert Ross.
You can find him on Facebook, Twitter, Google+ and his blog Soulhiker.
You can also take his course on Simple Living Hacks at Udemy
or read his book "The Art of Simple Living"