The intellect has little to do on the road to discovery. There comes a leap in consciousness, call it intuition or what you will, and the solution comes to you and you don't know how or why.
-- Albert Einstein 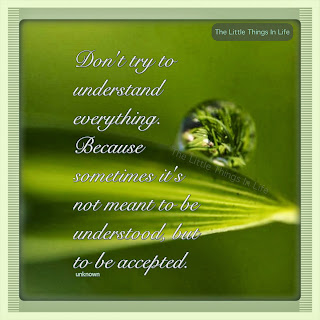 That thought of a friend or acquaintance, before they call or message you.
The realization of an answer coming to you just after you gave up and let it go.
A feeling that a family member, lover or close friend has a problem and you should contact them (as my brother and my sister both did with me when they "felt something was wrong" as I was traveling and it was)

Things you see that are too coincidentally to do with someone or something you talked with or thought of, such as my friend Buck in Tennessee, conversing with another friend Jim who said he was moving to Texas and Buck thought about that discussion as he drove to work later and looked up to see the old sun baked car in front of him had Texas license plates, just then a text message from Jim saying he was changing his mind and staying where he lived in Oklahoma as the car in front changed lanes and the next car had Oklahoma plates.

Many times you may notice such occurrences and may find they happen a few different times on that day or the next as I have, particularly after practicing meditation regularly and also listening to binaural beats with music as I focused on something. Then messages, phone calls, "Likes" on Facebook comments... start coming in as I think of friends and our mutual friends... or trying to contact a Yogi friend in Bali and just as I wonder if my last message got to him, he calls me... 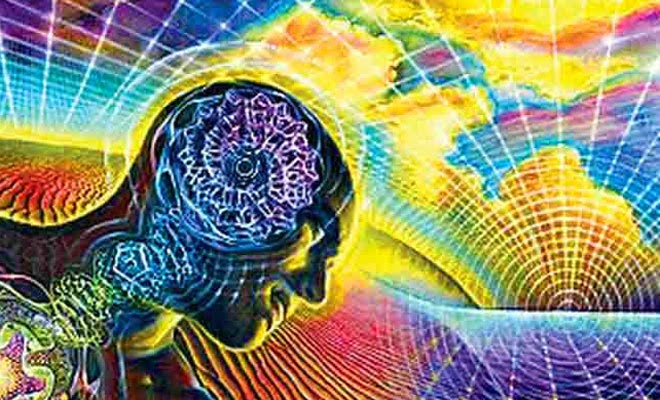 Dr.Shichida says the right brain produces brain waves which resonate with the universe. According to Shichida, the universe broadcasts at 7.5 Hz, just at the border between Alpha and Theta waves. Through meditation (a right brain activity) and other relaxation techniques, we can maintain our brain waves on the same frequency as the universe and even be receptive to it's inspiration.

Also, according to esoteric teachings, we live in a physical (time and space) universe and also in a non-physical universe that's not connected to time or space. So, there are seen and unseen forces we deal with daily.

What does it matter if we're in tune with the universe or not? Here's what the experts say: We are all connected to the universe and our right brain is a part of our mind that makes this connection through our vast subconscious mind. As mentioned, our subconscious mind occupies up to 97% of our brain functions. In fact, our subconscious and unconscious minds are "receiving stations" for all impressions, both good and bad, from God and elsewhere. There's a lot more to this but to stay on topic, let's just say there's a lot going on "behind the scenes."

We've established that the left brain is focused in time and space. The right brain taps into the part of our mind that has no sense of time or space. Experts say intuition and love allows us to tap tremendous higher knowledge, discoveries and inventions that transcend our personal experience and knowledge. When we take a look at geniuses throughout history and read about their lives, we find, for example, that right brain geniuses like DaVinci drew plans for the helicopter hundreds of years before the first one was ever built. They all had that special right brain connection to the "universal Mind", or "mind of God". And, you know what? We all have that same potential.

Intuition in a Nut Shell

Intuition occurs when outer forces influence our subconscious minds. Our right brain picks up those vibrations as images, which are transferred to our left brain's outer consciousness. It's the theory of some that because part of the universe is not physical and is not anchored in time or space, we have access to past and future events through our right brain's senses. And, because we are all tied to the universe, we are all tied to each other and so thoughts of others we've had meaningful experiences, for example, with can bring us in tune with them at certain times (as I tried to illustrate with my personal story at the beginning this topic).
But, if our subconscious minds are inspired or impressed by the "mind of God," that doesn't mean those higher thoughts make it to our conscious awareness.
If our right brain is not well enough developed or integrated with left brain functions, there's no cross-over from the subconscious to the conscious mind, and we can "miss the boat" on whatever we were supposed to know at a given moment in time. It could be as simple as meeting up with an old friend that you had no previous knowledge would happen, or as life saving as taking a different route home from work for no logical (left brain) reason, and finding out later that you would have gotten caught in a serious accident on your normal route home had you not followed that split-second intuition.

There's still a lot of discoveries to be made in the area of right brain left brain connections as it relates to awakening intuition. What you've read is based on my own research, experiences and reflections gathered through the years. Some of the experiences I have had may even be similar to your own, to lesser or greater degree. One key to accelerated learning is developing your right brain function and senses. You'll discover many marvelous things about your potential that were just waiting to be unlocked. Subconscious intuition is one of these and all it takes are the right methods, some persistence and most of all, love. Loving others and all life puts us in an uplifting, positive attitude. It also opens us up to God's mind, bringing us into higher states of consciousness that opens the doors of opportunity so we can fulfill our reason for being here on earth.
By Brad Davis 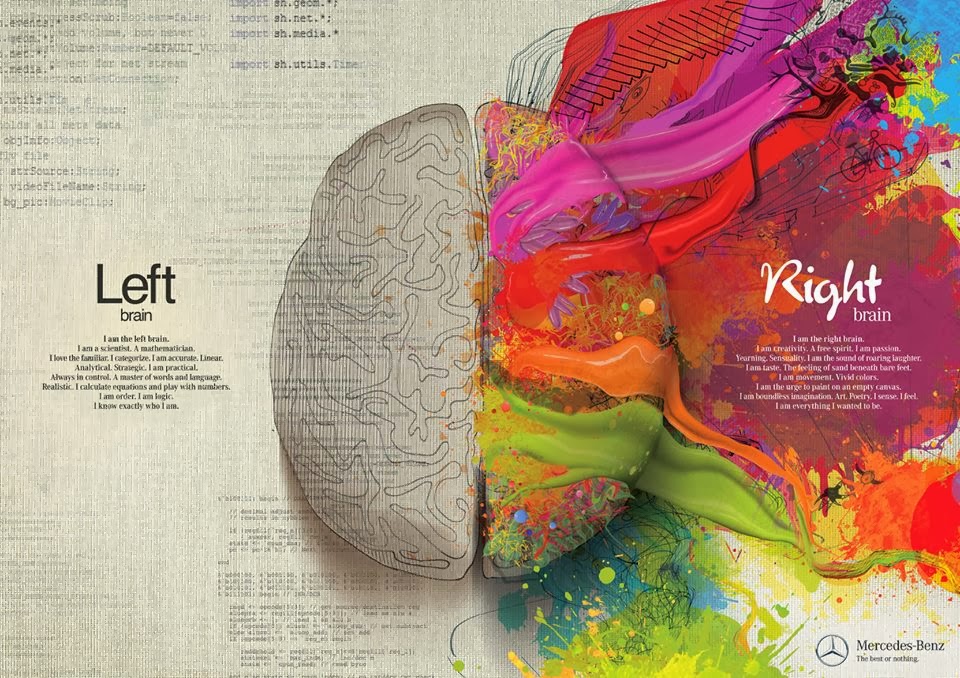 So have some fun with it and pick up a new habit like learn to play a guitar, paint a picture, yoga, meditation.... and build on your right sides creativity to boost intuition or by playing games as world renowned psychic medium and New York Times best selling author, James Van Praagh says, like guess which elevator will land next or "where will my open parking space be"?