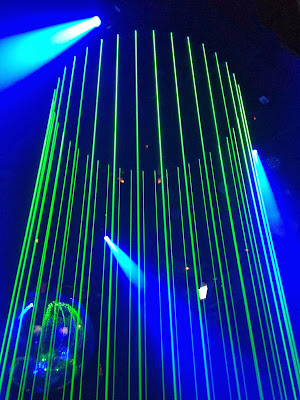 I love the music's rhythm and a large crowd feeling the beat and dancing with laser lights across around and up and down on the dance floor.

I remember an older commercial of a young couple riding through a city and they notice other cars' movement and traffic and the lights and people walking on the sidewalk and other things, timing in with the beat or rhythm of the music playing.
Try this yourself sometime without judgement or lyrics getting in the way if you can. Just play some music with a beat and imagine the rhythm matching the rhythm of people, cars, co-workers, the clock, the printer, construction noises or whatever.
Carry that beat with you in your day and you'll have a smile and a spring in your step.
and the beat goes on 2 3 4 yeah the beat goes on ........

This is a bit of mindfulness as in awareness and meditation, and another method of mindfulness to play with is to sit and stare at nothing but don't "label" anything in your thoughts. Try not to think but notice the emptiness between everything and again no labels or descriptions.
(Here's a simple guided meditation too) 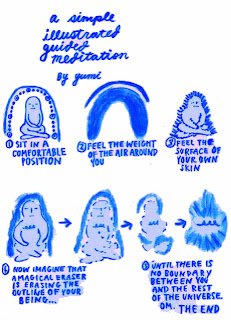 If you realize that on the level of atoms and subatomic particles... there is more space in everything that appears solid, then solid matter itself, including yourself. Allow that awareness to flow in as you are becoming aware of the emptiness and, well,
I am in the Universe and the Universe is in me... 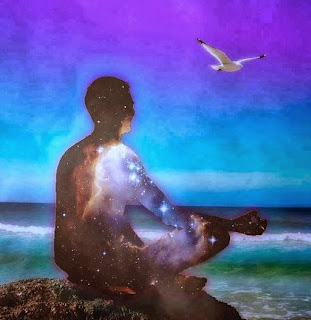 I'll admit when I learned the last tip from Eckhart Tolle's Practicing The Power of Now, I was already practicing meditation and practicing "control" of my thoughts
(which is one true aim of meditation, not stopping your thoughts altogether)
as mentioned in the chart below 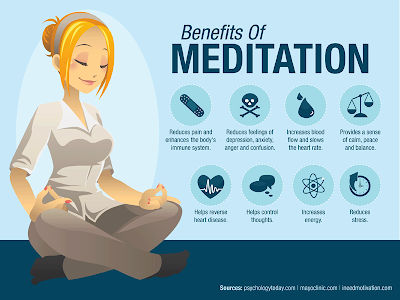 Will you notice these or other effects during meditation?
Not likely during as it is without feeling or awareness when in meditation. Otherwise it may be others that notice your calmer mood, smooth logic and general happiness before you do. I'd say this is because of thinking more naturally which will feel natural to you ;)