Ayurveda in Your Cup 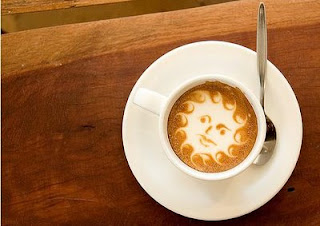 Since the beginning, we’ve referred to Javita Gourmet as coffee evolved because every delicious serving offers more of what you want in (and from) your coffee. Case in point, when formulating the blend, we infused an herb called centella asiatica (or gotu kola) to add something your tall cup from Starbuck’s will never provide, mental clarity.

Why gotu kola? It has been used as a medicinal herb for thousands of years in India, China and Indonesia to improve mental clarity.
It is regarded as one of the most spiritual and rejuvenating herbs in Ayurveda and is used to improve meditation. It is said to develop the crown chakra, the energy center at the top of the head, and to balance the right and left hemispheres of the brain, which the leaf is said to resemble.
Gotu kola has been referred to as “food for the brain.” This oriental herb has demonstrated mild tranquilizing, anti-anxiety and anti-stress effects, as well as improving mental functions such as concentration and memory. It has a calming effect on the body and is chiefly used to support the central nervous system. These beneficial qualities offer some hope for those who have challenges focusing, as the herb has demonstrated the ability to have a soothing and relaxing effect on an overactive nervous system.
As a brain tonic, gotu kola is said to aid intelligence and memory. It strengthens the adrenal glands while cleansing the blood to treat skin impurities. It is said to combat stress and depression, energize flagging mental powers, increase libido, ward off a nervous breakdown and improve reflexes. It energizes the central nervous system and rebuilds energy reserves. 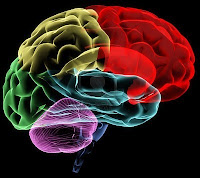 Billions of coffee lovers around the world reach for their morning cup to help jumpstart their day, and their brain in the process. Coffee lovers ourselves, we recognize this desirable quality, which is why we’ve infused the herb Bacopa Monnieri to give you more of what you want and expect from your coffee—brain boosting qualities.
Why bacopa Monnieri? It has a long history of use as a popular brain tonic to increased mental clarity, improved mental and brain functions, enhance clear thinking and support learning and memory.
The bacosides (saponins) in Bacopa appear to play a protective role in the synaptic functions of the nerves of the hippocampus, the seat of memory. Nerve impulses are transmitted across the synapses (the gap between the neurons, over which impulses lead to their learning), and their degeneration is believed to contribute to impaired memory and cognition. Use of Bacopa is thus thought to improve learning skills and impaired memory. Additional brain effects of Bacopa demonstrated in lab research include reduction of both anxiety and depression. Biochemically, these nervous system effects have been attributed to an enhancement of the effects of the neurotransmitters acetylcholine and, possibly serotonin or GABA.
So what is it about this perennial creeping plant that has neurologist so excited?
Perhaps it’s the purported retention qualities exhibited during a double-blind randomized placebo controlled research study in Australia at the University of Woolongong. Or the decreased rate of forgetting or newly acquired information, verbal learning rate and memory consolidation observed during a similar study reported in Neuropsychopharmachology.
Whatever the study, one thing is certain; a single serving of the nutrient-dense herb isn’t enough. Favorable effects were only observed where daily consumption occurred.